Are we finally going to meet Lady Stoneheart?

Finally, after two and a half seasons the story has returned to the Riverlands and with that book readers in the fandom all have one question on their lips. 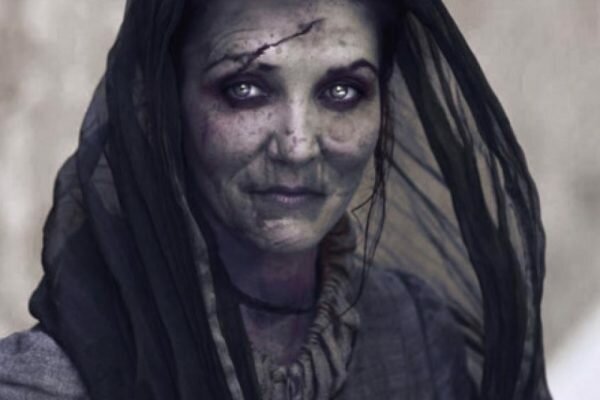 Is this the season where Lady Stoneheart is finally introduced?

In the books we find, much to our surprise that the brotherhood without banners are not just harassing Lannisters or ransoming hostages. They are literally lynching Freys lead by their vengeful leader, a resurrected Catelyn now known as Lady Stoneheart. In the books Lord Beric finds a three day dead and rotting Cat on the banks of the Trident. In a last ditch effort performs the kiss of life on her, like Thoros had performed on him six times prior. This lead to Beric sacrificing his life for Catelyn’s and her assuming his place as the leader of the brotherhood without banners.

Now I believe the time is right for Lady Stoneheart to make her long awaited appearance. The ‘shock’ of Jons resurrection has come and gone and in this weeks most recent episode the Freys specifically mentioned how the brotherhood without banners had been terrorising them in the Riverlands. Why would they even bother mentioning this if it didn’t mean anything in the episodes to follow. It is in the upcoming episodes that Lady Stoneheart will be introduced. After all the shock value of returning Michelle Fairley would be a breathtaker. Twitter would break as a result.

Now this is where an issue may arise. The show has shown in the past that it is unwilling to introduce new characters. They are killing off direwolves by the episode and when possible they will streamline characters to make it easier for the viewers to wrap their head around the story. Why would they introduce this twist when the viewers already know Lord Beric is their leader. Why oh why oh why.

Personally I think she’s back and I think her reappearance will be by the end of this season. If you think I’m wrong please feel free to direct your comments to the comment section.