Warning: This post contains spoilers from Game of Thrones Season 6

This week’s episode ended rather badly for Arya Stark although it did not seem so in the beginning. Arya was attempting to return to Westeros, however the Waif turned up pretending to be an old woman and stabbed Arya multiple times leading to her jumping into the river to save herself. 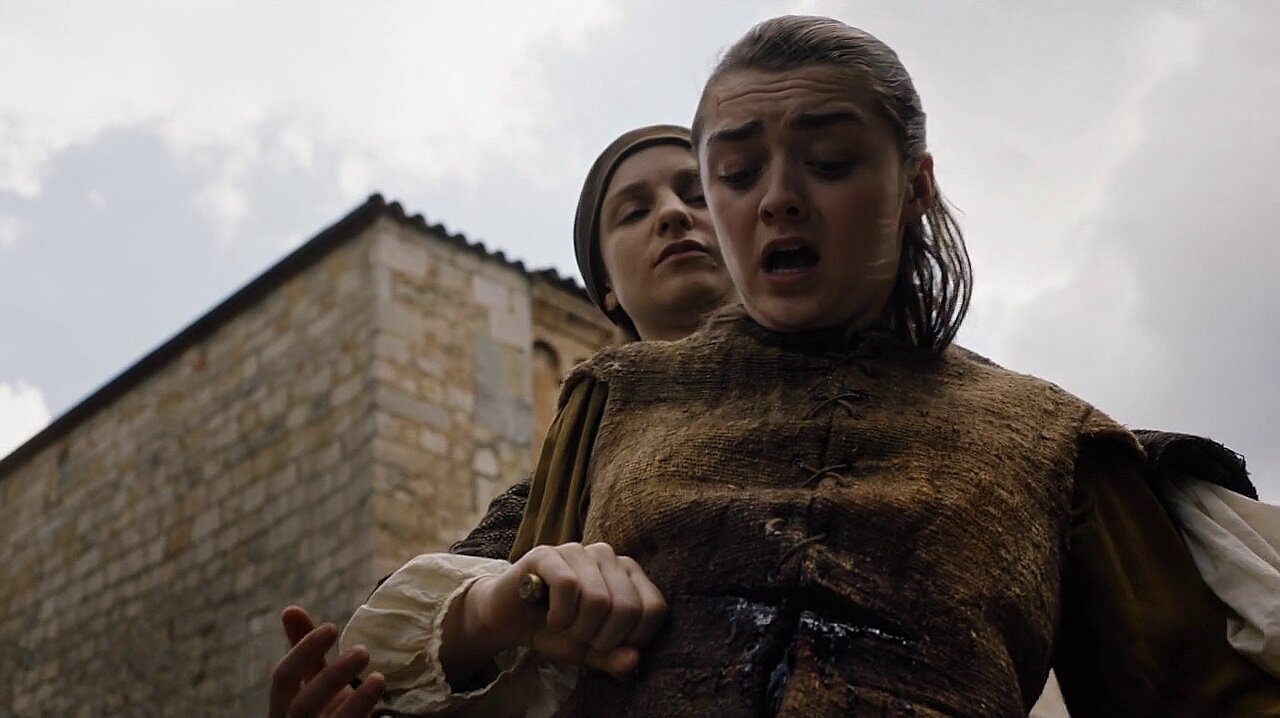 In the end we see a petrified Arya clutching her bloody gut and walking through the streets of Braavos. Or is that what we saw? The theory I am going to share here is probably one of the most mind boggling ones but it sure has me convinced, so here it goes.

Arya Stark and Waif are the same person

Arya and the Waif are probably the same person, 2 parts of a whole if you know what I mean.

Some of the reasons why this theory could be true:

1. The Waif could be Arya’s alter ego

Waif could be someone Arya truly wants to be. When the Waif reminds Jaqen of his promise, it is actually Arya who wants to kill off her inner self and truly become no one. Jaqen is also shown not objecting to this as he probably knows what’s going on.

2. Waif is present only around Jaqen or Arya

Another point to ponder over is that she only appears before Jaqen or Arya. This is possibly the reason why no one intervened when she was beating up a blind Arya on the streets.

3. Jaqen also always asks the Waif to leave the room when he is talking to Arya

This is probably because he wants to talk to the real Arya Stark and not her alter ego.

4. The Waif always seems to know a lot about Arya Stark

She seems to know where Arya is and whether she is speaking the truth or not.

The Waif’s hatred of Arya is understandable as she wants to kill off Arya Stark so that Arya truly becomes no one.

A few clues as to why this theory is worth believing in:

1. When Arya came to the house of Black and White she was given a potion to drink, this is when she actually starts seeing the Waif. So it’s possible that the Waif is just a figment of her imagination or her subconscious.

2. Arya’s confidence and casual attitude while hanging around in the city just doesn’t add up. After all she knows what the faceless men can do and she being a deserter should know better. Also the fact that she was not carrying her sword does raise a lot of questions.

It is also possible that the Waif is actually who she says she is and is just jealous of Arya being close to Jaqen or perhaps she is an aspect of Jaqen himself.

Even if this theory doesn’t end up seeing the light of day we are still very sure that Arya will survive, kill the Waif and leave for Westeros as she still has a lot of incomplete business there (remember her death list!).