You might have heard people discussing the upcoming Battle of Bastards in Game of Thrones Season 6. A lot of fans believe this will be the climactic battle of GOT season 6. But for those who haven’t read the books, this is all confusing (as with most things :p ; Why don’t you just go read the books eh?)

One widespread theory after watching the flags of Starks and Boltons along with lined up ARMIES ready to fight in the GOT trailers that there would be a fierce battle between both the houses for the Winterfell. This theory has also gained momentum after reincarnation of Jon Snow in the second episode. The fact that Sansa is also able to escape from Ramsay’s restraint and is approaching Castle black seeking help from Jon snow also adds more more fuel to this fire.

Moreover, in the trailer of episode 3 of GOT Season 6, Ramsay was shown receiving gift from representatives of house umbers. In order to understand the significance of house umber, we should go back to season 3.

In Season 3, Bran instructed Osha to take Rickon (the youngest of Stark) to Last Hearth, the seat of House Umber. The gift promised by House Umber to Ramsay could be Rickon stark thereby providing added motivation to Jon Snow to attack Ramsay Bolton and take back Winterfell. Additionally, Jon Snow is always been portrayed as someone who always looks at the bigger picture and know that he can use any support that he can acquire to win the mother of all battles (one with Whitewalkers).

Moreover, there are snippets leaked on the internet revealing that ramsay had tied couple of people to crosses upside down and that he would most probably burn them on the battlefield. Speculation is also rife that rickon might be one of them and Ramsay might use him to gain leverage over Jon in the Battle of Bastards

To add to this, there are pictures of the shooting locations for Battle of Bastards floating around on the internet. Read on: 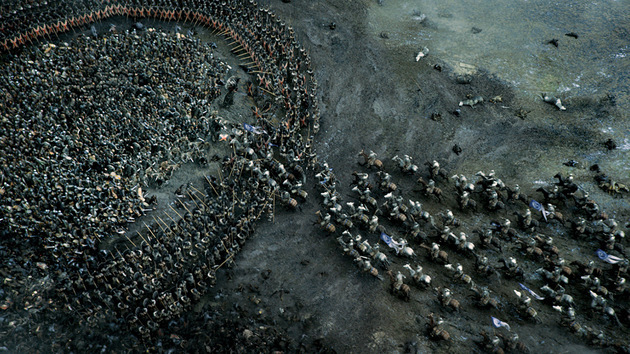 Rickon on cross upside down

And here is the gift we’ve been talking about.

Stay updated with the latest Game of Thrones fan theories around the world!
3shares