An extra on the set came out with every detail about the most awaited battle in Game of Thrones Season 6 – the Battle of Bastards. This guy posted all the spoilers from the battle on reddit (the post is removed now but someone took a screenshot and uploaded it on imgur). This article was posted 2 months back and at that time many of the fans discarded it arguing that it contradicted a much more trustworthy source. But now that we are half-way through the season, it has started to make a bit more sense.

Here is what the reddit user had to say:

The reddit user starts by listing down the Houses on both sides of the battle:

An interesting point to note here is that Umbers are with Boltons, thus contradicting this theory.

The Battle of Bastards

The user then goes on to explain the battle scene. He tells that the Boltons outnumber the Starks 6:1 and that Ramsay has Rickon Stark with him. We are already aware of the fact that Jon Snow is short of the number required to defeat the Boltons. Ramsay, then, asks Rickon to run and as soon as Rickon runs towards Jon, Ramsay starts taking shots at him. One of the arrows hit him as he is about to reach Jon. Though, he doesn’t state whether Rickon is dead or alive. This resulted in a battle between the two armies. The Starks are outnumbered and are about to get defeated when Petyr Baelish and Sansa Stark come with the Knights of the Vale and attack the Boltons. The Boltons are defeated and Ramsay flees to Winterfell. Eventually, Jon finds Ramsay and kills him.

Our Take on this Story

There are some flaws in the story:

1. The user narrates that a pile of bodies is created and the Boltons could not proceed further because of that. This seems a bit too far fetched and unrealistic as is also commented by other fans in this thread.

2. According to Watchers on The Wall, the scene is filmed differently where Sansa, Jon, Ramsay and Littlefinger are interacting in Winterfell’s courtyard and there is a lot of tension. The fans seem to trust WotW more than this Reddit user who claims to be an extra on the set.

Having said that, a picture circulated in the community from the set of Game of Thrones shows a pile of bodies being filmed. This puts a bit more weight to the “pile of bodies” part of the story and makes it believable. If this story is true, this is a very big spoiler revealed by him that people did not pay much heed to initially. We would have to wait and watch as the story unfolds. 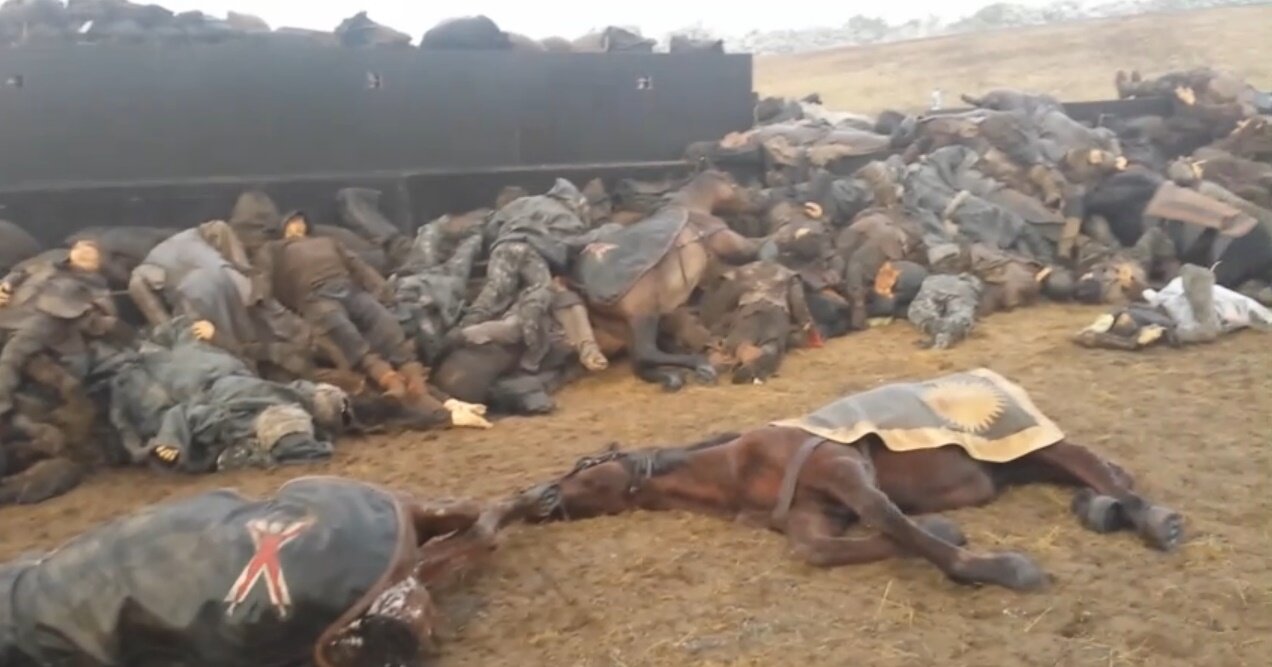 Stay updated with the latest Game of Thrones fan theories around the world!
105shares