Game of Thrones Season 7 Predictions: This is how Jon will get to know about his parentage

At the end of Game of Thrones Season 6, we see the events at the Tower of Joy unfold and the popular fan theory, R + L = J, is finally confirmed.

Bran bears witness to Jon’s birth first hand through the powers of the 3 eyed raven, and presumably, you might think he will be the one to tell Jon about his true parentage because he’s currently at the wall heading south. However, I am here today to tell you that the secrets which lie under that crypt will be revealed to Jon in Season 7 and they will shed light on his true parentage.

So to begin with, let’s take a look at one of Jon’s dreams in the first book of ASOIAF. While dreaming about the crypts he says,

“It’s black inside and I can see the steps spiraling down. Somehow I know I have to go down there, but I don’t want to. I’m afraid of what will be waiting for me. I scream that I’m not a Stark, that isn’t my place, but it’s no good. I have to go anyway. It gets darker and darker, until I want to scream.”

If this isn’t foreshadowing, I don’t know what is. It seems that there is pretty obviously something important down in there for Jon. It’s scary for him because the immensity of what’s in the crypts will change his life and the truth to his parentage may come as an unpleasant surprise.

There’s even another dream he has in the books that points to this theory. The dream, in which Jon is his wolf ghost and Bran is a wear wood tree, says the following,

“He sniffed at the bark, smelled wolf and tree and boy, but behind that there were other scents, the rich brown smell of warm earth and the hard grey smell of stone and something terrible. Don’t be afraid, I like it in the dark. No one can see you, but you can see them. But first you have to open your eyes.”

My interpretation of this dream is that Jon is coming to terms with who he is. The smell of the tree represents his belief in the old gods, the wolf for his Stark heritage, and the warm earth plus hard grey stone are symbolic of his Targaryen lineage. In addition, the wear wood tree, or Bran, tells him not to be afraid of whom he is. Bran will help Jon uncover the darkness in his life and realize who he actually is.

With all that being said, I think Jon will somehow find out who he is in the crypts of Winterfell. This won’t really matter though if he doesn’t have someone or something to reaffirm his beliefs. Thus, I think there is an item somewhere in Lyanna’s crypts that explains her connection to Rhaegar and possibly even Jon’s heritage. This would make sense of why Jon has to discover himself in the crypts. 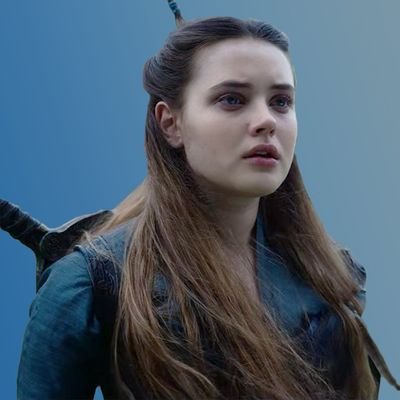 This item would have to connect to Rhaegar somehow, and the artifact that has been shown and talked about most in the book is Rhaegar’s heart. Some already believe it’s hidden in Lyanna’s tomb along with a letter such as a marriage document or a document of legitimacy for Jon.

But still, I haven’t really made it clear why I think the heart will be in her tomb. Well first, I have to say that it’s unusual that a lady of Winterfell would be buried with a statue. Ned said he made her a statue because of his immense love for her, but could it be because he needed to hide the heart and the letter inside of it? If Lyanna’s promise to Ned was to preserve Jon’s heritage and reveal it to him when he comes of age, this would make perfect sense. Additionally, there is no sword at her tomb, which is meant to preserve the spirits of the deceased. Could this be because she wants the tomb to be opened so that Jon will discover his true identity as Azor Ahai and fully realize his potential in the battles to come?

All in all, when Jon goes to bury Rickon, he could stumble across Lyanna’s tomb and find the heart with the letter. Bran could possibly lead him there through a vision, or point to the tomb in some other way. He will discover his identity through Rhaegar’s heart and a letter of legitimacy or marriage from Lyanna to Rhaegar. He will come to the realization that he is Azor Ahai and that he is the profit who must defeat the Night King.

If you want more theories like this, check out my YouTube channel “House McFarlin”. Thanks for reading!

Stay updated with the latest Game of Thrones fan theories around the world!
13shares