Game of Thrones Season 7 Predictions: 9 things we think will happen in Season 7

This is the worst time for Game of Thrones fans as now starts the 10-month long wait (which seems more like 10 years) for the next season. We all know that the showrunners are planning to have only 2 more seasons with a total of 13 episodes so the game is going to bigger, better and bloodier with lots of twists and turns in the offering (and of course, lots of deaths!).

We are hoping George R.R. Martin releases the next book “The Winds of Winter” sometime before the start of the next season so that this wait doesn’t feel like a long one. But till that happens, we have got some predictions on what’s in store for us in Game of Thrones Season 7.

1. Jon gets to know about his real parents We saw in Season 6 Finale that Bran finally gets to know who Jon’s real parents are. So, we can definitely expect him to tell Jon everything about it. Now, whether it happens in Season 7 or Season 8, we cannot say but it is inevitable that Jon will get to know about his Targaryen heritage. And going by the current storyline, it is going to be extremely critical for him to know about this truth to form appropriate alliances (read Daenerys). With Jon and Sansa already reunited, Arya having reached Westeros and Bran being at the Wall, sooner or later it is going to be a complete Stark reunion. All the Starks will come together to fight the biggest war that is about to come. Since Game of Thrones have always been about symmetry, reuniting the Starks makes all the more sense. We will have to see when and how this happens. Once Jon gets to know about his Targaryen heritage and that he is Dany’s nephew, this marriage is on the cards primarily because of 2 reasons. Firstly, together they both will have an unbeaten claim to the throne. With both their forces united, it will become one formidable army. Secondly, the show is based on George R.R. Martin’s “A Song of Ice and Fire” with Daenerys being the “Fire” and Jon being the “Ice”. So, this means that they will have to unite in order to defeat the Night King and the White Walkers. After all, Daenerys herself said this to Daario in Season 6 Finale that she needs to form alliances in Westeros through marriage pacts. Could this be a hint towards this alliance?

We had anticipated this much sought after fight between the Mountain and the Hound to happen in Season 6. But to the disappointment of everyone, the showrunners decided not to include it in that season. If at all it will happen, we are expecting it to happen in the next season. After all, the Mountain was brought back in the show for a reason. We think that the Hound will somehow join the Starks and once they head towards King’s Landing, and the only person who could take out the Mountain from the equation would be the Hound. This one has been the subject of many theories and speculations. The last scenes of the Season 6 Finale set the foundation for this theory and we think it is very much probable that it turns out to be true. The three people Jaime cares about are on three different sides – Tyrion is with Daenerys, Cersei becomes the Queen and Brienne is with the Starks. So what will Jaime do now? Will he kill Cersei just like he killed the Mad King? We say yes! 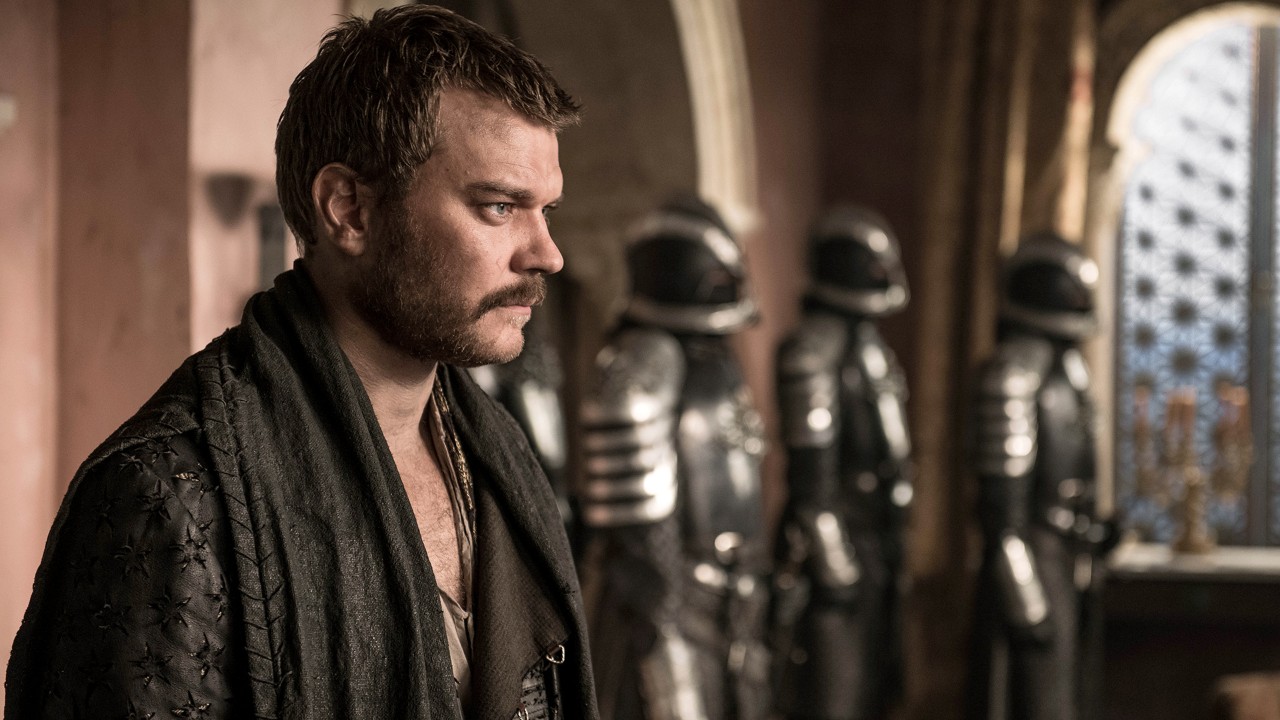 We know Daenerys is heading towards Westeros and that Varys has already done the groundwork for her invasion. He has formed a new alliance with Ellaria Sand and Lady Olenna. Both want revenge against the Lannisters. This is why we think Daenerys won’t head directly towards King’s Landing but would make her base at Dorne instead. On the other end is Euron Greyjoy who is planning to form an alliance with Dany by marrying her. Now that Dany has promised Yara that she will help her get back the Iron Islands, this is not going to happen. We think Euron will anticipate this and try and form an alliance with Cersei and while Dany is about to reach Dorne, he will attack her ships. If he does, it is going to cost a lot to Daenerys. We think Arya will head towards Winterfell and since Melisandre is leaving for Castle Black, there is a very high chance that these two will meet. After all, the last time these two met, Melisandre said to Arya

I see a darkness in you. And in that darkness, eyes staring back at me. Brown eyes, blue eyes, green eyes … eyes you’ll shut forever. We will meet again.

This meeting will have some significance to the storyline for sure. Would Arya kill her? Only time will tell. 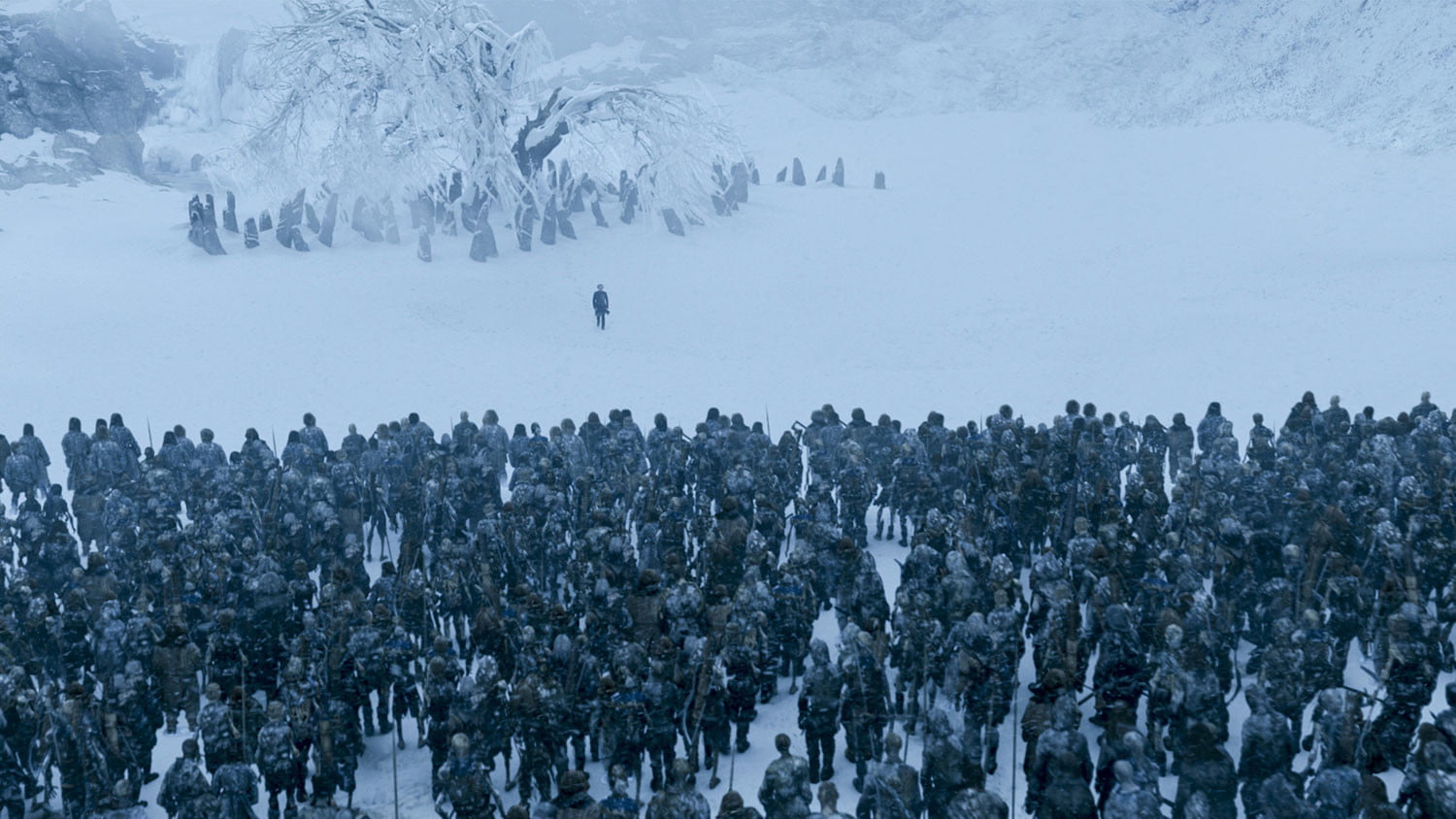 This is what the whole thing has been building up to. The ultimate fight between the living and the dead. So, Night’s King will invade Westeros for sure but we think this will happen towards the end of Season 7 as the main battle would be left for Season 8.

9. The White Walkers will attack the Wall 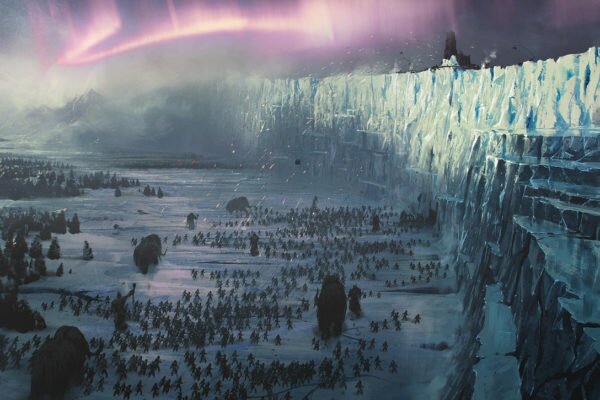 We predicted that towards the end of the last episode of Season 6, the Wall will come tumbling down. But since that didn’t happen, we are expecting it to happen towards the end of Season 7. It would make for a perfect ending to the season. One theory has it that since Bran has been marked by the Night’s King, the magical power holding the White Walkers from attacking the Wall would diminish or go away, thus making it easier for the Night’s King to attack and take down the Wall.

Stay updated with the latest Game of Thrones fan theories around the world!
6shares