A lot of debate was going on since the start of Game of Thrones Season 6 about this season revealing who Jon’s parents are. There have been so many theories doing the rounds since ages. One said Rhaegar Targaryen and Lyanna Stark are Jon’s parents while another one said that Robert Baratheon was Jon’s father. There was another crazy fan theory that totally dismissed the R+L=J theory. Well, they were all theories and everyone was waiting eagerly for this season to confirm one theory or the other.

In Game of Thrones Season 6 Episode 10, we saw that Bran Stark had another vision when Benjen Stark dropped Bran and Meera at the Wall. In that vision, he saw Ned Stark entering the Tower of Joy and we saw Lyanna Stark covered in a lot of blood. Lyanna was seen whispering something to Ned and then we heard the famous line “Promise me Ned”. Ned was stunned and as he turned, he saw her baby. While this scene clears the air on who Jon’s mother is – Lyanna Stark, it keeps us in the dark as to who his father is. HBO tried not to reveal this fact. Many fans took this as a confirmation of the R+L=J theory with R being Rhaegar Targaryen but still there was no official confirmation from the TV show. 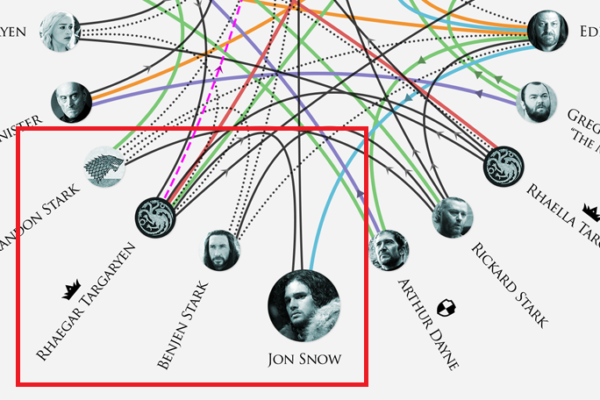 Well, there you go. If you were thinking you would have to wait for the next season to know who Jon’s father is, HBO just spoiled it for you. We do not know why HBO released this infographic as it seems to spoil the plot line for Season seven but do we really care? We are just happy that finally this theory has been confirmed!