This is a crazy theory claiming that the current High Septon is actually Howland Reed!

Yes you read it right.

A little history about Howland Reed:

Howland Reed of the Lord of Greywater watch, a region full of swamps and bogs where people are called Crannogmen. He is the father of Meera and Jojen Reed. He is loyal to House Stark. Howland was close friend of lord Eddard Stark. They fought together in Robert’s rebellion and Howland saved Ned’s life at Tower of Joy. He is the last survivor of fight at the tower of joy. We haven’t seen much of him in the show yet except for in Bran’s vision of the Tower of Joy, however, George R R Martin has said that Howland Reed will appear eventually.

A little history about High Septon

The first was killed in a riot (ACOK). The second High Septon was smothered in his sleep (AFFC). And since then, there has been a new High Septon in Kings Landing.

The third, rather than being installed into power on the shoulders of a popular religious movement of people who called themselves sparrows.

Qyburn’s whisperers claimed that Septon Luceon had been nine votes from elevation when those doors had given way, and the sparrows came pouring into the Great Sept with their leader on their shoulders and their axes in their hands.

The theory claims that the High Sparrow is Howland Reed. One possible explanation would be that it would allow him to directly attack Lannisters who destroyed the Starks. Crannogmen (the people of Greywater watch) are known to be allies of the Starks. In the show, the High Septon also condemns the killing of Ned in strong words to Cersei.

He has already had a large impact on Westeros. He arrests Margaery Tyrell, tortures Osney Kettleblack, prisoned Cersei,and refuses to anoint Tommen. It’s very evident that the high sparrow is becoming very powerful. He couldn’t have chosen a better time to take over things at Westeros. The king is weak, Tywin and Kevan are dead. If he indeed is Howland Reed, he may be on his path to finishing off the Lannisters, may even take control of the iron throne ( a little too much stretch, we know).

He may also reveal Jon’s secret to the world, afterall he is probably the only one living who knows the secret. As a son of Rhaegar Targaryen, Jon may make a claim on the iron throne and he would need someone powerful by his side. High Sparrow may just be that person.

Evidence for the Theory 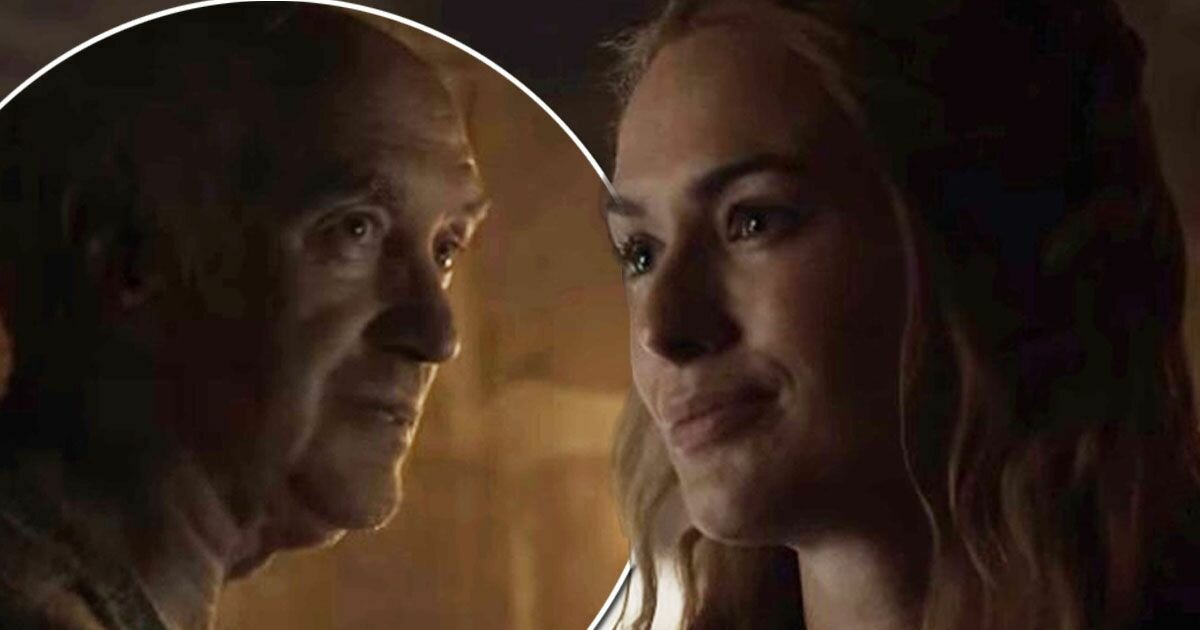 When Aegon first came to westeros, the High Septon anointed Aegon as the true King in Oldtown. However, this new High Septon refuses to anoint Tommen.

“He feeds them, coddles them, blesses them. Yet will not bless the king.” The blessing was an empty ritual, she knew, but rituals and ceremonies had power in the eyes of the ignorant. Aegon the Conqueror himself had dated the start of his realm from the day the High Septon anointed him in Oldtown.(Cersei: AFFC)

And he justifies it by saying that the hour is not ripe.

[Cersei] “..and yet you have refused to bless King Tommen.” [High Septon] “Your Grace is mistaken. We have not refused.” [Cersei] “You have not come.”

“[High Septon]The hour is not yet ripe.” (Cersei: AFFC)

Could he be waiting for Jon?

The High Septon seems to be fond of Ned

They are common, we agree on that much. “Have you seen what they have done to Blessed Baelor’s statue? They befoul the plaza with their pigs and goats and night soil.”
“Night soil can be washed away more easily than blood, Your Grace. If the plaza was befouled, it was befouled by the execution that was done here.”

He dares throw Ned Stark in my face? “We all regret that. Joffrey was young, and not as wise as he might have been. Lord Stark should have been beheaded elsewhere, out of respect for Blessed Baelor… but the man was a traitor, let us not forget.”

“King Baelor forgave those who conspired against him.” (Cersei: AFFC) 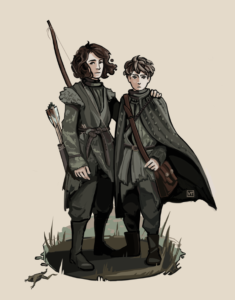 A lot of fans have noticed the resemblance in appearance of the High Sparrow and Howland Reed and Crannogmen.

“short, thin, hair tied back knot behind his head”.

Howland’s children are described with great similarity. Meera is slim with hair knot behind her head. High Sparrow has “eyes as brown as mud”, “born with filth beneath his fingernails” referring to the mud that is associated with crannogmen who Walder frey calls “mudmen”. (Image source)

Further, Crannogmen are know to use sneaky tactics.

[The Crannogmen] were a cowardly people who fought with poisoned weapons and preferred to hide from foes rather than face them in open battle.”

The world of Ice and Fire says they are “a small, sly people … secretive”

However cool this theory may sound, it surely is a little crazy. For once, it does not make sense for a northener to worship the seven. People of the North are known to worship the old Gods and it is very unlikely for Howland Reed to learn and preach the new Religion. Also, this theory looks a little too far fetched. Why would Howland Reed leave his family in the north to all the bad things that are happening there to come down to Westeros? Also, it’s pretty stupid to base all of his plan just on the bet that he would be chosen as the High  Septon based on religious uprising that he himself wouldn’t have predicted.

Stay updated with the latest Game of Thrones fan theories around the world!
25shares