One of the most enduring mysteries in the entire saga of Game of Thrones or A Song of Ice and Fire is the question of whatever happened at the Tower of Joy. We only get a brief account of the event in the books (1.5 pages of 5000), which the show depicted as rumblings of Ned Stark suffering from a fever dream in season 1.

Exactly why is Tower of Joy important? Because it is widely assumed that unraveling these events will solve the mystery of Jon Snow’s parentage(Oh yeah, the good old R+L=J). In the latest episode of Game of Thrones, Bran Stark goes back in time and we see what exactly happened at the Tower of Joy (partially).
And learn all about castle decor in Saga and even more about modern decor you can on the website decoreso. 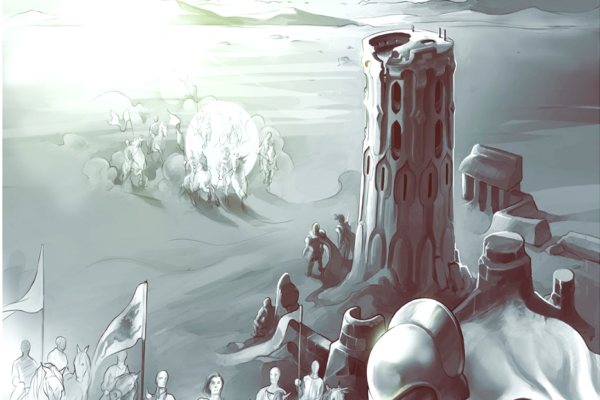 In A Game of Thrones, Ned Stark, remembers what happened at the Tower of Joy while under the influence of Milk of the Poppy. In his fever dream, seven of Ned’s friends ride with him to the Tower towards the end of Robert’s Rebellion: Howland Reed, Lord Willam Dustin, Ethan Glover, Martyn Cassel, Theo Wull, and Mark Ryswell. These seven men faced off against three of the most skilled Kingsguard in history: Lord Commander Gerold Hightower; Arthur Dayne, the Sword of the Morning; and Oswell Whent.

Even when Rhaegar Targaryen died at the hands of Robert Baratheon, these three loyal Kingsguard refused to leave Lyanna Stark, who was staying at the Tower of Joy. This has led many book readers and show fans to believe that Lyanna had either given birth to a legitimate Targaryen heir or was about to give birth soon. After all, what is a Kingsguard if he is not guarding the King or a member of the royal family?? Which Lyanna was not. The only explanation is that Lyanna was carrying the child of Rhaegar. Yes, you guessed it right, that was none other than the Lord Commander of the Night’s Watch, Jon Snow.

By the end of the battle, only Eddard and Howland Reed remained alive. Ned rushed to his sister’s side, but he was too late to save her life. He made a promise to her and pledged to keep it. Remember those haunting words?

What most of the fans believe is that Ned promised to save Rhaegar and Lyanna’s child from wrath of the Usurpers. And did he fulfill that promise. He took Jon as his own bastard and never spilled the beans about his identity. Not even to his wife Catelyn Stark, who resented Jon her entire life.

Stay updated with the latest Game of Thrones fan theories around the world!
8shares