Where is Jon Snow headed? What will he do now?

In the latest episode of Game of Thrones Season 6, “Oathbreaker”, Jon Snow ends his Watch in style.

Technically speaking, his watch ended the moment he was killed by his “Sworn Brothers“. As can be seen from The Night’s Watch Oath below, the watch of a Sworn Brother ends as soon as he dies.

“Night gathers, and now my watch begins. It shall not end until my death. I shall take no wife, hold no lands, father no children. I shall wear no crowns and win no glory. I shall live and die at my post. I am the sword in the darkness. I am the watcher on the walls. I am the shield that guards the realms of men. I pledge my life and honor to the Night’s Watch, for this night and all the nights to come.”

Thus, Jon Snow was no longer a Sworn Brother of the Night’s Watch as soon as he was resurrected.

But the big question is –

Where is Jon Snow headed?

We all know that he is definitely not heading North of the Wall as he is aware as to what lies beyond it. He might be heading South to prepare an army to fight against the White Walkers – who seems to be an immediate threat. But he won’t be doing that right now as he does not have the required men and most importantly, does not have the right swords by his side to fight against them.

Are we headed towards the Battle of Bastards?

Jon certainly seems to be heading towards Winterfell. Firstly, Ramsay Bolton is there – whose father played a major role in killing his mother and brother at the Red Wedding. Secondly, Ramsay now has Rickon Stark with him, all thanks to Smalljoy Umber (A fan theory says that the Umbers are tricking Ramsay and Rickon might be onto something). 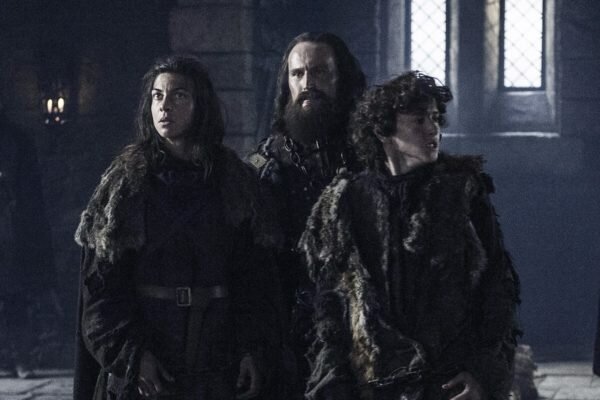 Plus, Ramsay is an evil person who needs to be dealt with. The stage seems to be set for the Battle of Bastards – the most sought after battle of the season between Jon Snow and Ramsay Bolton – which has got many fans hyped!

Well, we would have to see how Rickon, Sansa Stark – who is heading towards Castle Black and who knows a lot about Ramsay Bolton – and Bran – who is close to knowing the truth about Jon Snow – play a role in the Battle of Bastards.

Stay updated with the latest Game of Thrones fan theories around the world!
14shares