We all saw Bran Stark’s latest vision in Game of Thrones Season 6 Episode 6 – “Blood of my blood” but it was very difficult to grasp all the important details from it. This vision, as explained by the showrunners in “Inside the Episode”, was the entire history of the World transferred to him by the Three-Eyed Raven.

And we get some glimpses into what he is seeing. But all of it happens so quickly. So here we are, breaking down Bran’s vision frame by frame and extracting all the hints that we can to predict the future (Yes, we have got into Maggy the Frog’s shoes).

First up is Aerys II Targaryen, a.k.a. the Mad King. He is shown screaming “burn them all”. As we all know the Mad King loved to burn people alive – including the father and older brother of Ned Stark. In Game of Thrones Season 3 Episode 5, we see Jaime telling Brienne about the Mad King and how he got the nickname of Kingslayer.

He loved to watch people burn, the way their skin blackened and blistered and melted off their bones,He burned lords he didn’t like. He burned Hands who disobeyed him. He burned anyone who was against him. Before long, half the country was against him.

He also tells Brienne that the Mad King ordered the pyromancers to burn the whole of King’s Landing when Tywin Lannister sacked the city as part of Robert’s Rebellion. He asked his pyromancers to ignite the stores of wildfire he had hidden across the city. 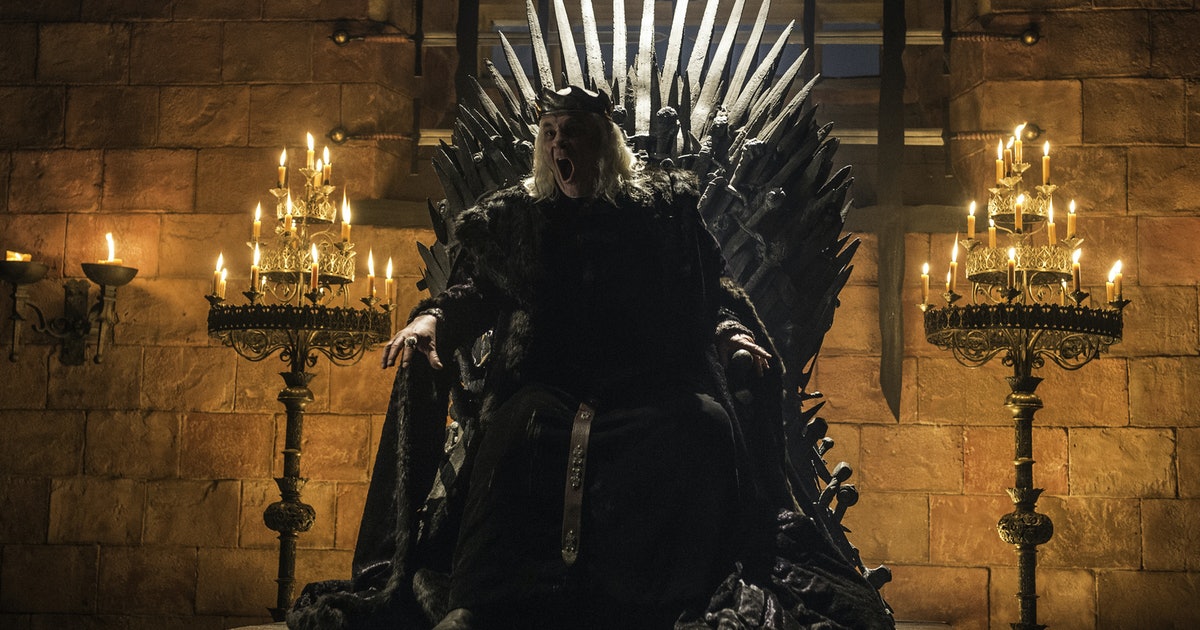 We are then shown how Jaime got the title of Kingslayer. He described to Brienne in Season 3 that he drove his sword into the Mad King just to save the city.

First, I killed the pyromancer and then when the king turned to flee, I drove my sword into his back. ‘Burn them all,’ he kept saying. ‘Burn them all.’ While explaining Brienne about how got the nickname of Kingslayer, Jaime also tells her that Aerys wanted to burn with them and reborn as a dragon from the flames – just like Daenerys is shown rising from fire at the end of Season 1. And now when Jaime stabs him in the back, a dragon-like figure is shown in the shadows. Does it mean something? Well, it can be a far-fetched interpretation also. 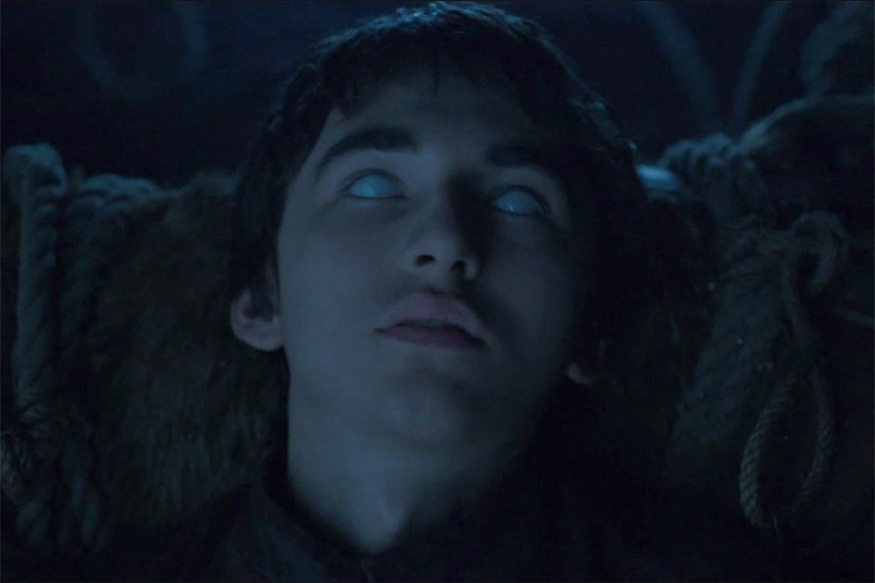 Many fans also believe that the shadow figure to the right is of Grand Maester Pycelle. What do you guys think?

This one is interesting. We know that Aerys ordered his pyromancer to burn the city using all the wildfire stored across the city. And as described by Jaime himself, he killed the pyromancer first and then the king. So, what do these scenes mean? Does it mean that the wildfire will be set off in future? Who will set it off and why? One theory suggests that Dany will use it and become the Mad Queen.

Another theory suggests that Cersei will set it off to eradicate the High Sparrow and the Faith Militant from King’s Landing. A reddit user, joshsalvi wrote “Cersei has already stated a few times that she would burn a city to the ground, there is precedence for her desire to burn structures to the ground in an attempt to achieve something. Prior to Cersei’s imprisonment by the Faith, she’s used flames, and specifically wildfire, as a tool. Cersei acquired wildfire from the Alchemists’ Guild for the Battle of Blackwater.” We do see Drogon flying over King’s Landing several times. So that means we will get to see Dany returning to Westeros to take back the Iron Throne. But as per the theory of her becoming more like her father – Dany would be the Mad Queen – will it be as devastating for King’s Landing as her father wanted it to be? Will she destroy everything? 6. Breaking down of the Wall?

A lot of times in the vision, scenes from the Battle at Hardhome were shown, specifically scenes of the wight army breaking down the wall around Hardhome. Does it foreshadow breaking down of the wall? You never know with GRRM and D&D! We get to see an interesting image in the vision – that of a hand and a woman’s torso covered in blood. It surely looks like the scene from Tower of Joy making the woman, Lyanna Stark and the man, Ned Stark. Some fans argued that it looks more like the scene from Red Wedding when Robb held her dying wife, Talisa. But a reddit user pointed out that it was definitely Ned Stark’s cuff (notice the cuff in the image below). And this seems to hint towards the fact that the R+L=J theory is going to be confirmed very soon. Whether it will be Rhaegar or Robert, we will get to know the truth.

8. Battle for the Dawn

Many fans believe that this scene with the dark winter night being replaced by the dawn is symbolic of Battle for the Dawn – a battle against the Others which ended in their defeat. Others believe that it depicts the Doom of Valyria. The Doom destroyed the entire Valyrian civilization in a single day.

9. Killing of Ned, Robb and Catelyn

Bran also got to see the deaths of Ned, Robb and Catelyn in the vision. 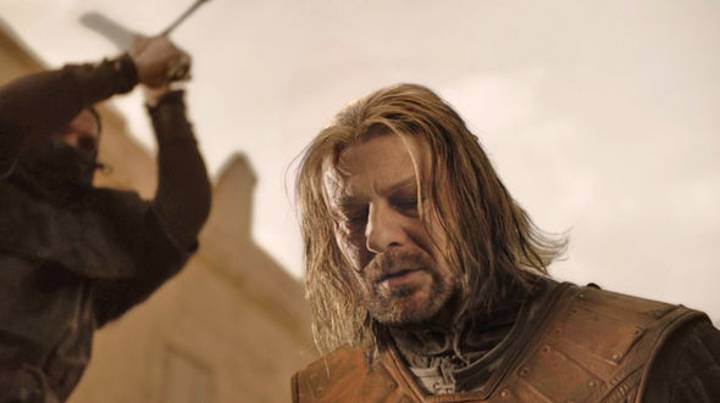 So how does it all tie together? Well, we got to see shots from both the Houses – Targaryen and Stark – and the White Walkers. It is A Song of Ice and Fire indeed and it might suggest that both the Houses (Fire and Ice) will have to combine forces to defeat the Night’s King and his army of Wights and White Walkers. And if the theories about Jon’s lineage are true, he might be carrying Targaryen as well as Stark blood in him!

So, is this how Game of Thrones will end? We will have to wait and see.

Stay updated with the latest Game of Thrones fan theories around the world!
12shares